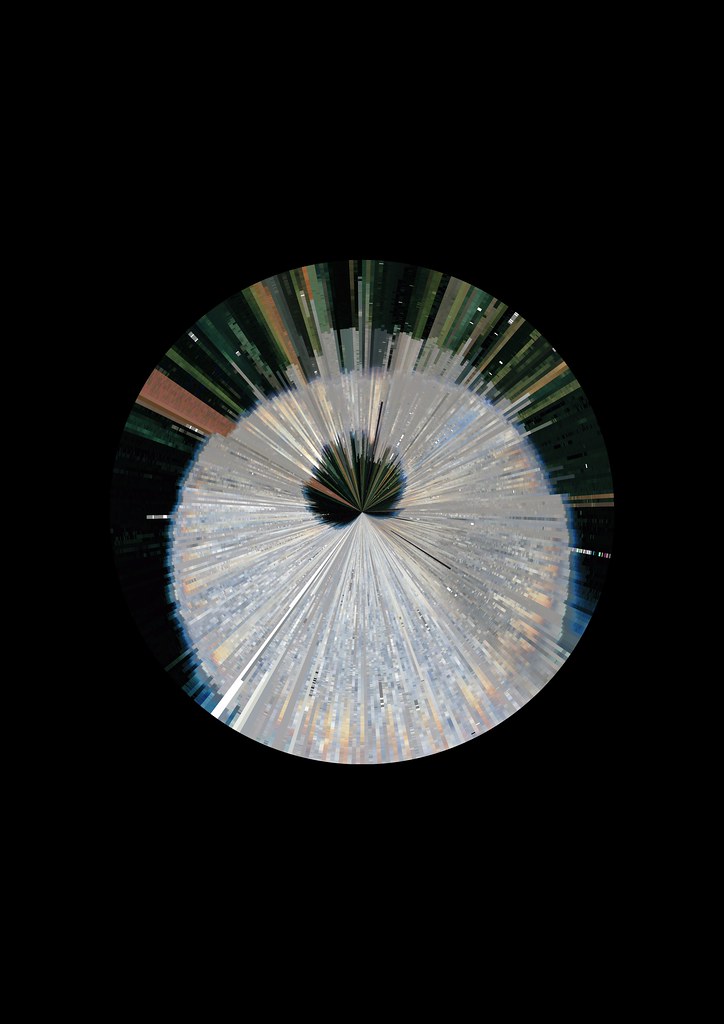 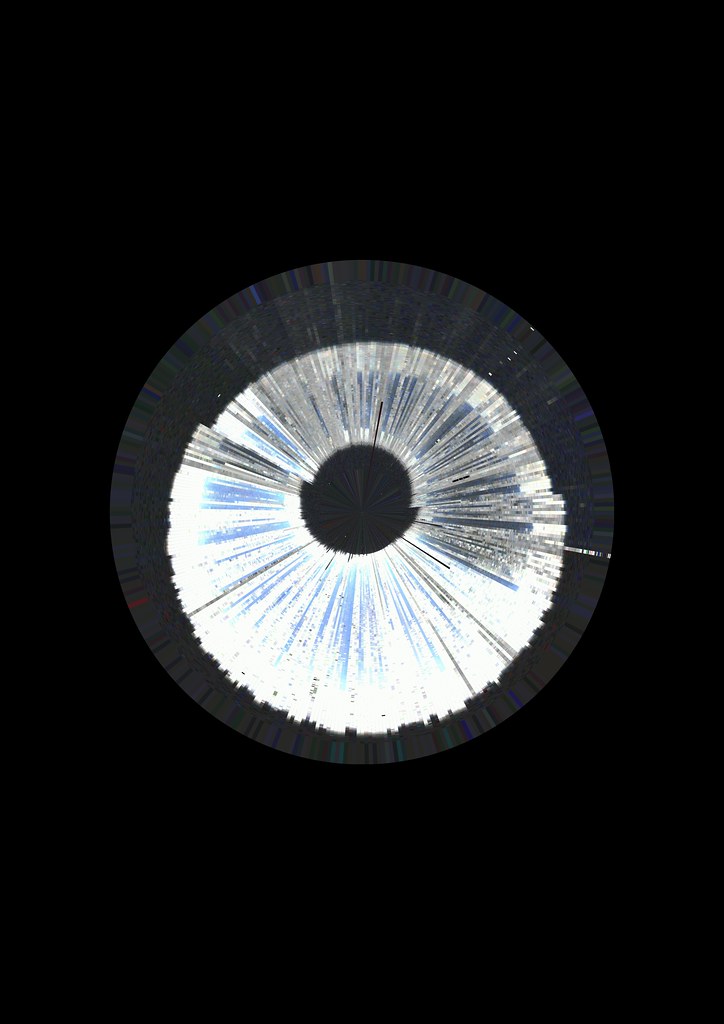 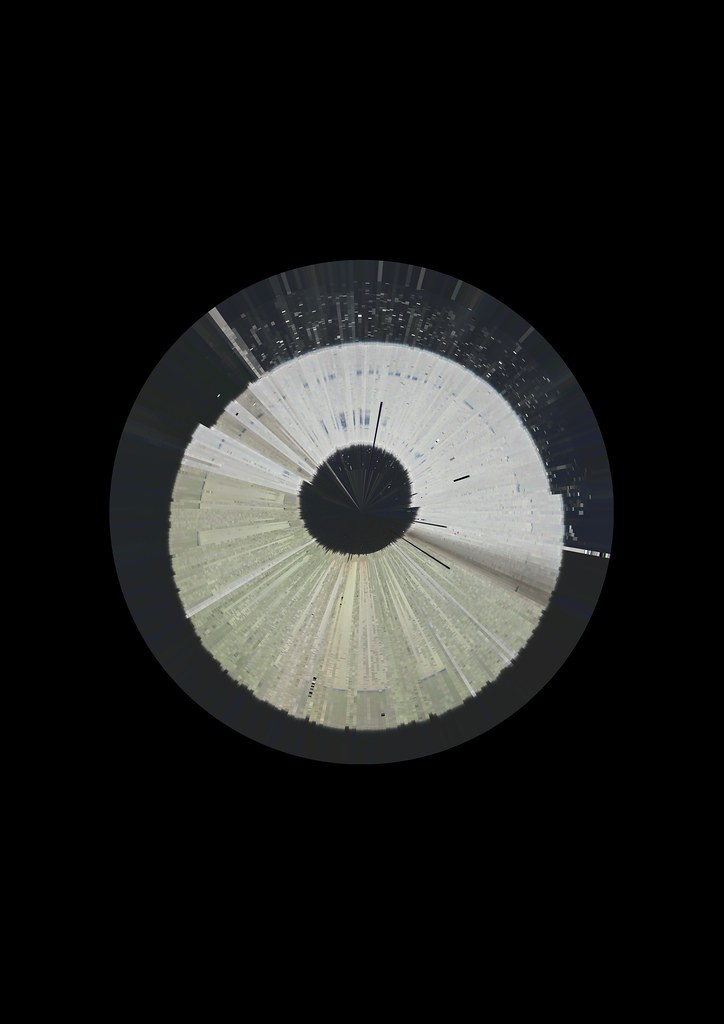 The colour of a single pixel is recorded from a webcam twelve times an hour for one year. Each pixel is placed according the time at which it was taken. The year runs clockwise from 1st January at 12 o'clock, the distance from the centre of the circle reflects the time of day, with midnight at the edge. Sunrise appears as an inner circle, sunset an outer. The two points of discontinuation are at the change of daylight saving.

Different areas change at different rates and patterns throughout the year. Sampling the meadow at a ski resort the cycle of new snow, melting and green growth become apparent.

This work is a collaboration with Ross Mackenzie and is an extension of the One Pixel Webcam (2006) project.

After developing this work we became aware of the beautiful Hours of Dark series created by Accept & Proceed.