In collaboration with Amanda Gower of Active Design Lab and Joseph Popper. The CultureFinder project was co-ordinated by the University of Cambridge Museums and supported by the Digital R&D Fund for the Arts - Nesta, Arts & Humanities Research Council and public funding by the National Lottery through Arts Council England. 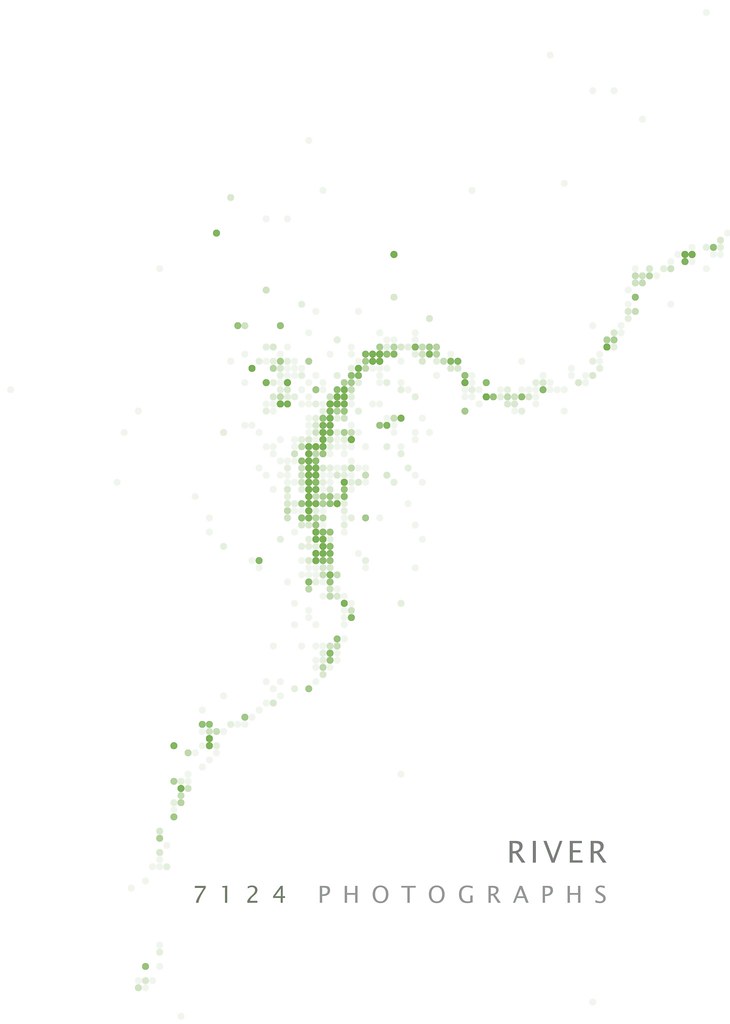 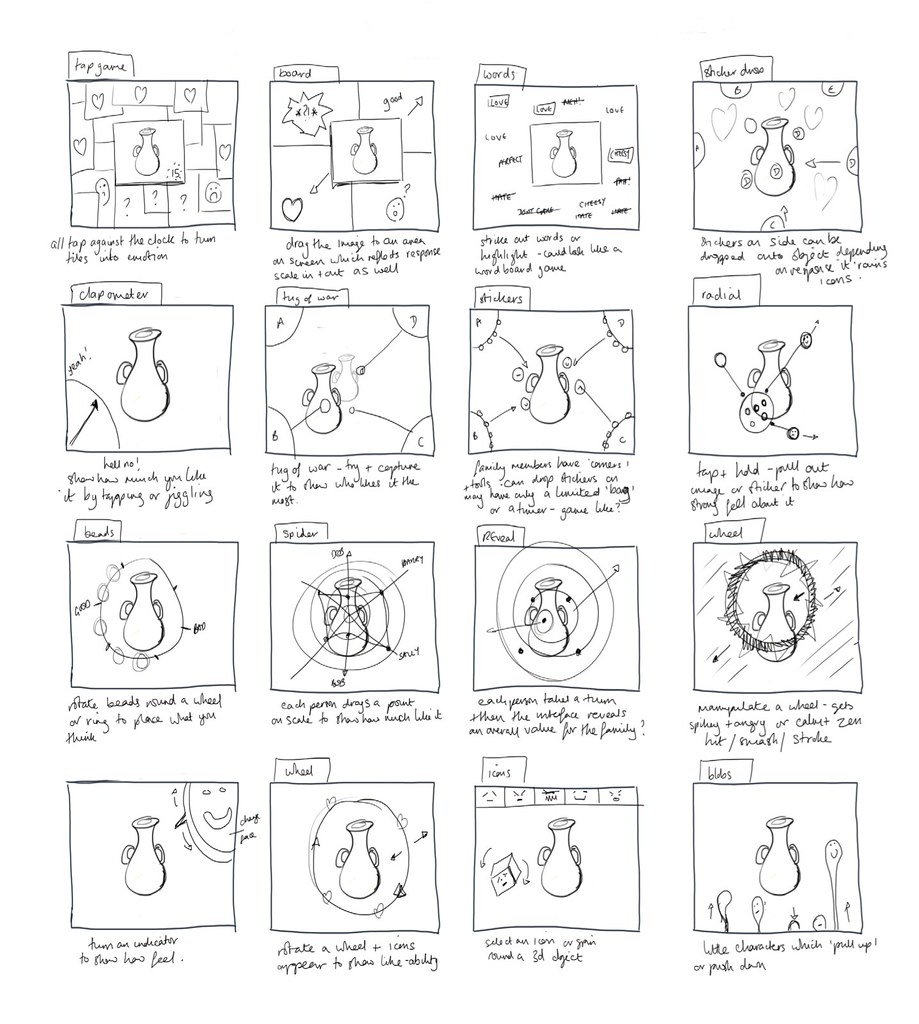 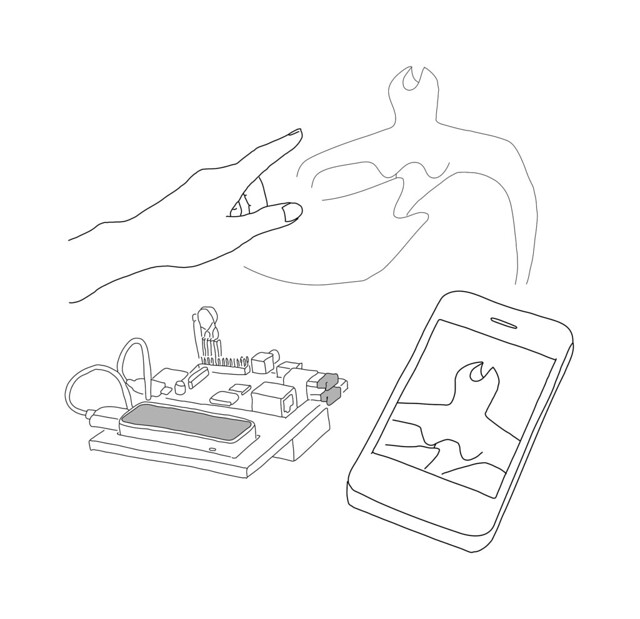 Our behaviour is increasingly shaped by algorithmic processes. The recent success of recommender systems and routing algorithms are being brought together with geolocated mobile devices to create customised navigation and tours for visitors to sites of interest. Algorithmic Tourism is a reality.

CultureFinder is a website and mobile app which assists visitors to Cambridge, England in planning their time, creating a personal downloadable tour or following curated/thematic tours, while introducing the possibility for serendipity and chance discoveries.

Our Algorithmic Tourism design exploration ran in parallel with the development of CultureFinder, to serve as a lens for constructive critique and to frame the work in a broader future context.

To sensitise ourselves to these issues and to help expose some of the assumptions of Algorithmic Tourism, we interviewed and filmed eighteen groups of visitors to Cambridge asking them about their experiences and their plans. We spoke to people at three locations: on the King's Parade, at the Cambridge American Cemetery and inside the Fitzwilliam Museum.

We used the resulting film (Discovering Cambridge: One Way or Another) and the experience of making it to inspire eight design briefs each exploring a different facet of Algorithmic Tourism. These are resolved to a form suitable for constructive critique, some developed to a prototypical artefact.

One: Vantage Points
Some visitors had come to see a specific show, collection or individual work at the museum. However, a larger group had much less well defined objectives. They had come to see the "colleges", the "architecture" or the "river". Many of the people we spoke to were seeking something "beautiful", "attractive" or "nice". In response I created Colloquial Cambridge an interactive map of where places are said to be, not where they are prescribed to be; generated from public Flickr photos. Place may be a building, an activity or a feeling. How should we design digital systems that maintain our analogue sense of place?

Two: Places that Feel Like This
Many people were seeking an atmosphere or a feeling rather than a specific destination. How might a visitor find a place for quiet contemplation or the vibe of a late night bar? The modern mobile device has many sensors that might allow these qualities to be measured; for instance the processed audio from the microphone and the movement seen by the accelerometer. From their current location, the visitor may then request places “like this” or “the opposite of this”! How good can a machine’s judgement of atmosphere be?

Three: Sticky Together
Most people were visiting Cambridge in small groups and their trip had to be negotiated and different roles adopted. We did observe some groups in tension. The family where the father was taking photographs and his children were getting increasingly bored. The group of adult friends complaining that they are wasting time in the absence a proper plan. How do we design for groups with potentially different motivations, where everyone has their own device running a version of the app?

Four: More Than Like
How do visitors express how they feel about what they see? The people we spoke to used words such as: amazed, interested, contemplative, fascinated, unexpected, love and joyful to describe their experiences. Very few negative phrases were used and little that had strong emotional content. The Facebook Like has rapidly become a design trope for expressing approval, but gives us very little information. We assume the richer the feedback elicited from the visitor, the better the recommendation can be. We explored the possibility for expression without words, using simple gestures suitable for touch interfaces for a device shared in a small group.

Five: Gestures and Rituals
Whilst making the film we glimpsed the actions of other visitors, often in groups, experiencing the city. We saw the now familiar gestures and rituals with cameras and mobile devices capturing photographs and video. Frequently these photographs include the visitor’s family and friends posing in front of or beside some feature of interest. At this moment they will often exaggerate predominately happy facial expression. This associates them with the scene and stamps an emotional context that is otherwise absent. These images are created for sharing and bragging. Photography momentarily makes a territorial claim, the pyramid of space that emerges from the lens.

Six: Adaptive Time
Many visitors came to Cambridge with no explicit plan, other than to walk and discover. Others had made plans, but deviated from these in moments of spontaneity. The visitors we interviewed were typically only in Cambridge for a few short hours, so for many there was an urgency and a sense that time should not be wasted. Where a visitor is following a trail suggested by an app, like CultureFinder, how do we consider pace and duration?

Seven: Memory and Reflection
Many people spoke about how their experiences fitted into a longer-term context, both personally and cultur- ally. At the Fitzwilliam Museum, the Afro Comb exhibition brought to mind personal memories, elsewhere visitors rediscovered work and the artists they had forgotten about. Return visits to favourite pieces built up long-term relationships between work and viewer. The objects were catalysts not destinations.

Eight: Aspects of Interest
In our model of Algorithmic Tourism we require that the visitor expresses some interest in something seen in order that further suggestions can be made to them. This may be accomplished explicitly, for instance by keying-in an identifier, or scanning a QR code etc., but these have the tendency to consume the attention of the visitor in the operation of a device. We explored how attention and interest might be gauged implicitly without interacting with a device. We developed a working prototype that integrates the Leap Motion gesture controller with Apple's iBeacon Bluetooth technology for micro-location, to show contextual information on an iOS device that changes with the gestures produced.